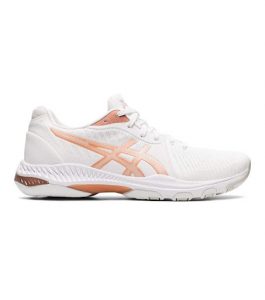 Luke Webster from Hunter Podiatry back once again! I’m here this time with a quick guide to netball shoes for the upcoming season, which isn’t too far away. Similar to running/walking shoes, there can be quite a lot of information or styles to siv through – so let me make it easy for you. This will be a two part series – in part one, I’ll discuss the difference between running and netball shoes. Part two will give you information on particular styles, which will help to narrow down the shoe range based on the position/s you play.

For those that are new here or haven’t met me in clinic, I have a background in specialty footwear before becoming a Podiatrist – mostly involved with running and netball shoes. I’ve got a bit of a soft spot for good footwear. I’m always keeping up to date with new styles, tech updates and everything in between.

We all know the last couple of years have been somewhat… interesting for team sports. That being said, you might be getting back into netball for the first time since the pandemic started. For others it might be your first time ever playing.

What’s the difference between running shoes and netball shoes? 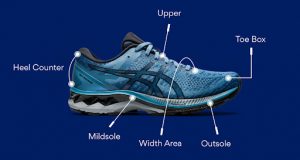 Ripper question, and one Podiatrists get a lot. Simply put, running shoes are typically built for extra cushion and straight line running support. The outsole (grippy bit) and midsole (cushiony bit) are usually quite soft, while the upper (the wrap around your foot bit) is a soft mesh. These features are great for running or walking to give you cushioning and a breathable material so your feet stay less sweaty and smelly, but also more flexible.

Now, why aren’t these types of shoes great for netball you ask? Soft sounds like something you want when playing netball, so does breathable and flexible.  I often ask my patients to have a quick think about what your body is doing when you play netball. There is a lot of jumping, stopping quickly, pivoting and the list goes on. Do you think that a soft shoe can handle forces like that, while trying to give you stability? 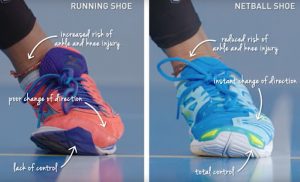 So what’s the take home message from today?

Part two will be released in the near future dissecting the new season of netball footwear and making it easier to know what will work for you.

As always, if you have any questions or concerns when it comes to netball or any lower limb issues, Hunter Podiatry is here to help. 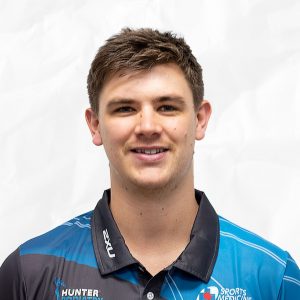